The KF7 Soviet can be found in nearly every mission in the game, making it one of the most common weapons. It is an assault rifle with a short zoom that increases its use. This weapon is best used by firing in short bursts rather than full automatic mode to help improve its accuracy. Tapping the fire button will cause it to fire three bullets in a short burst; however, if you use the aiming ability, tapping the fire button will only cause the weapon to fire once. Its first appearance is in the Dam mission, while its final appearance is in the Depot mission, where it is ammo-less. 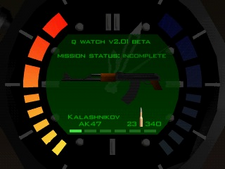 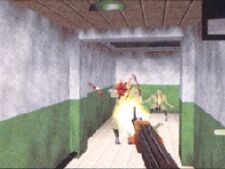 AK47 in game. This picture was found on the back of the official N64 box art. 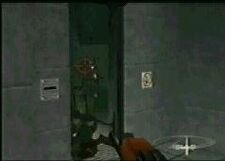 AK47 Zoomed
Add a photo to this gallery

KF7 Zoomed
Add a photo to this gallery

The KF7 Soviet in the XBLA watch menu with classic graphics turned on.
Add a photo to this gallery
Retrieved from "https://goldeneye.fandom.com/wiki/KF7_Soviet?oldid=16038"
Community content is available under CC-BY-SA unless otherwise noted.