Looking for the Walkthrough?

Surface 2 is the eighth level in the game, and takes place in the same locale as the first Surface level. This time, there are cameras around, the guards are tougher, and the sky is a blood red, making it nearly impossible to see around the level. Some of the huts are now equipped with cameras. This time the weapons used by the enemies in the Surface 2 are the KF7 Soviet and the Klobb. There are no snipers in the level this time around.

When you start, a guard already knows exactly where you are, so take him out quick. When you have to go and power down the communications dish, don't press the usual button to do it, but blow it up. Rare must have thought of it as a nice trick for the players. This time, to get into the Bunker, you need to blow up the helicopter, then run into the door from the helipad. 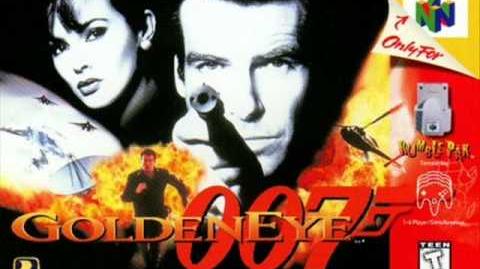 Retrieved from "https://goldeneye.fandom.com/wiki/Surface_2?oldid=13780"
Community content is available under CC-BY-SA unless otherwise noted.