The Converted Missile Train is part of the St. Petersburg stretch of levels. It is the last before Natalya Simonova finds out that everyone's in Cuba. The missile train is pretty much straight forward, literally. You start in the back of the train, and work your way up. The guards have D5K Deutsche guns in the beginning, but when the green rooms come around, they are equipped with ZMG (9mm)s. After breaking all the brake systems, two guards will appear from the room that Alec Trevelyan, Xenia Onatopp, and General Ourumov are in. When you kill them, one will give a key. This unlocks the door to the three. Once there, kill Ourumov, then try and hit Xenia before the barrier slams down to protect Trevelyan. It seems to be impossible to beat this level on 00 Agent difficulty without killing Xenia as well as Ourumov. This will give you some extra time, as Trevelyan will be forced to wait for her. After Natalya finishes with the computer, the best bet is to run out and not look back at the guards firing at you. 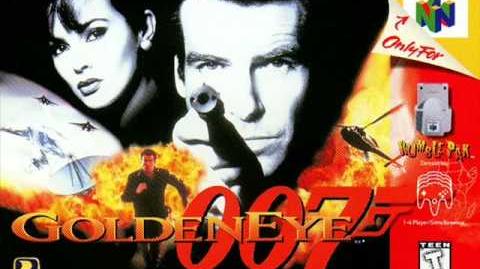 Retrieved from "https://goldeneye.fandom.com/wiki/Train?oldid=13971"
Community content is available under CC-BY-SA unless otherwise noted.