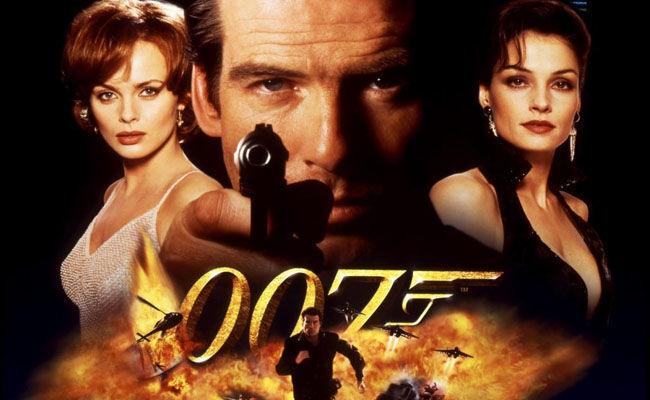 In 1995, the seventeenth film in the James Bond series was released, GoldenEye. Following a six-year hiatus of legal disputes, the legendary spy film series was revitalized with the introduction of a new Bond (Pierce Brosnan). In the film, James Bond attempts to prevent an illegal arms syndicate from using a highly advanced satellite weapon, called GoldenEye, from threatening the world into a global financial crisis.

The film was considered a modernization of the series, and helped propel the film into a younger generation. To coincide with the release of the film, a game would be exclusively developed and published on the Nintendo 64. Developed by Rare and published by Nintendo, Goldeneye 007 (Nintendo 64) would forever alter the history of videogames forever. It is widely considered to be THE most important game in the history of first-person shooters, establishing many features and approaches that would be considered vital to game design, including varied mission objectives, zoomable weapons, stealth elements, and local multiplayer. 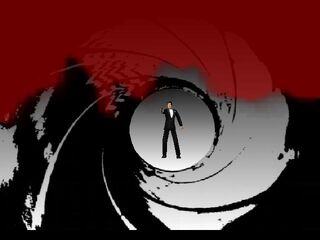 I mean, it’s hard to argue against a game series that puts you in the shoes of the most deadly and suave secret agent the world has ever seen. James Bond is a multimedia giant, with a history in books and movies. Taking control of the secret agent yourself, being able to personally interact with characters you know and love from the movies? That’s a huge strength to the Goldeneye game series. Simply being able to BE James Bond.

Goldeneye 007, widely considered by many to be one of the greatest shooters of all time, was able to alter the course of console games forever. Before it’s release, the video game first-person shooters were limited almost exclusively to PCs. It’s success was able to open the genre to a completely new market. Nowadays, first-person shooters can be considered the most successful genre of console games, with series such as Call of Duty setting multiple sell records. 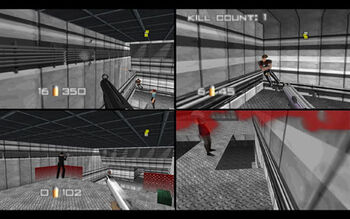 Face it, those who played Goldeneye 007 have the fondest memories of playing split-screen with their buddies and enjoying the multiplayer mode. The game popularized the concept of deathmatches in a multiplayer setting. 4-way multiplayer games were just beginning to emerge on the console market. The game set the bar very high on strength of a 4 player split-screen model, and it’s difficult to see more modern games phasing this local component out of their multiplayer modes.

The Goldeneye series is known for it’s concise movement and aiming controls. Despite the fact that the original Goldeneye 007 was on the Nintendo 64 (a console with only ONE joystick, mind you!), the development team was able to craft a game with a balanced movement speed and custom-aiming mechanic. Sure, you couldn’t move and aim at the same time, but the developers saw to this problem with a very intuitive auto-aiming system. The balance between the auto-aiming and manual aiming was near perfect. 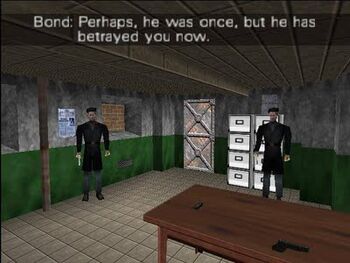 5. Faithful adaptation of the movie

It’s one thing to share a universe with an established franchise, it’s another thing entirely to faithfully recreate the events, bridging the mediums together and providing a very supplemental experience of the movie. Goldeneye the movie was considered to be a strong installment in the James Bond franchise. Playing through stages recreated from the movie, and performing actions mirrored to the movie. Interacting with the same characters can enhance the experience of the film.

6. Strength of the single player campaign

Goldeneye 007 contains 18 single player missions, with two secret missions and three different gameplay difficulties, each of the missions containing differing missions objectives depending on the selected difficulty. This offered the game an immense amount of replayability. Shooting for specific times could also leaves you to special unlocks, which brings us to... 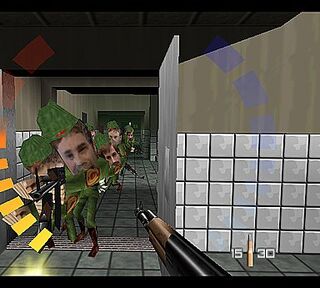 Goldeneye 007 contained an expansive list of cheat codes that could make the game absolutely bonkers. Cheats like Unlimited Ammo, All Weapons, and Invincibility could be turned on and campaign missions could be a walk-in-the-park slaughter of enemies, but cheat codes could ALSO be turned on in multiplayer. So things like No Radar, Duplicate characters, and Invisible Mines could be inputted to drastically change the typical multiplayer experience.

The multiplayer component of Goldeneye 007 enjoyed the entire cast of the Goldeneye film, plus various characters from other Bond movies. Those who played the multiplayer extensively would probably remember fighting over Oddjob. His short stature made him a strongly desired character. Playing as villains such as Baron Samedi and Jaws was always a good way to be intimidating too!

Goldeneye 007 did something really clever: the selectable multiplayer modes (with the exception of Death Match) were named after Bond Films. These modes were actually wholly unique for the time, and it is very interesting to see a multiplayer mode crafted after a movie, instead of just borrowing a name. For example, The Man With the Golden Gun is a multiplayer mode where one character spawns with one-shot kill weapon of the Golden Gun.

10.The game that keeps evolving 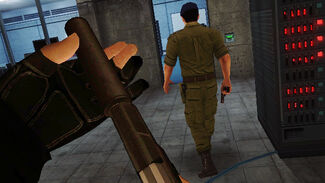 Goldeneye 007 defined a generation of video gamers, and the game has gone a few changes and updations after it's release. There have been 3 other games in the Goldeneye series, the re-imagining of Golden: Rouge Agent, and the remakes Goldeneye for the Nintendo Wii/DS, and Goldeneye 007: Reloaded for the Playstation 3 and Xbox 360.

After taking a look at the original, what do these other games help add to the strength of the series? 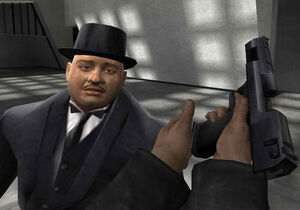 Goldeneye: Rogue Agent might have been the black sheep of GoldenEye series, but let’s not forget the one chance it took that did make an impression: Changing the formula. Instead of playing the hero, the player takes up the role as the villain. The player is briefed before missions by none other than Francisco Scaramanga (actually voiced by Christopher Lee!). Not only that, but the player’s actions throughout the single player can directly resulting in killing off major Bond characters.

Goldeneye: Rogue Agent contains faithful adaptations of important locations in the James Bond Universe. Some of these multiplayer stages include Fort Knox from Goldfinger, the space shuttle base from Moonraker, as well as Scaramanga’s hideout from Man from the Golden Gun. 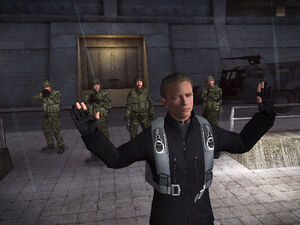 The release of 2010’s Goldeneye was met with plenty of fanfare as the developer announced the intention to replace Pierce Brosnan’s likeness for the current actor of James Bond at the time, Daniel Craig. What made this release so entertaining was simply the novelty of putting a new actor into an older actor’s film. The game also managed to alter the plot slightly, with the entirety of the story taking place after the Cold War (with Russia replacing the Soviet Union). This modernization created a unique hybrid; with new exciting new events filling out a familiar experience.

The revision of Goldeneye for the Wii included a series first: online multiplayer. Four player local split-screen was still support and online matches could host up to 8 players. With four different offline game modes and nine different online game modes, the free multiplayer helped improve above the aspects of the original. The game also retained some of the original’s multiplayer staples, including the use of Bond characters and gameplay modifiers like paintball mode. 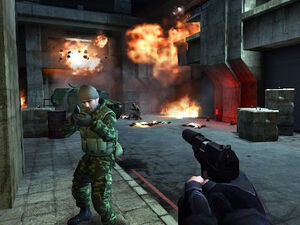 Goldeneye (2010) offered a choice to players for how they wished to experience the game, and offered support for multiple play styles and controlling inputs. The game included support for the Wii Remote with Nunchuk, Wii Zapper, Classic Controller, Classic Controller Pro, or a Nintendo Gamecube controller. Multiplayer modes also support the use of all of these controllers, which definitely makes it easy when you have company over and want to get a local match in.

GoldenEye 007: Reloaded, the remastering of GoldenEye 007 (Nintendo Wii) improved these features further, by adding high definition support, achievements and trophies, along with additions to multiplayer characters and modes. The game supported Playstation Move controls for the Playstation 3, which helped bring the uniqueness of the Wii’s motion controls to another console.